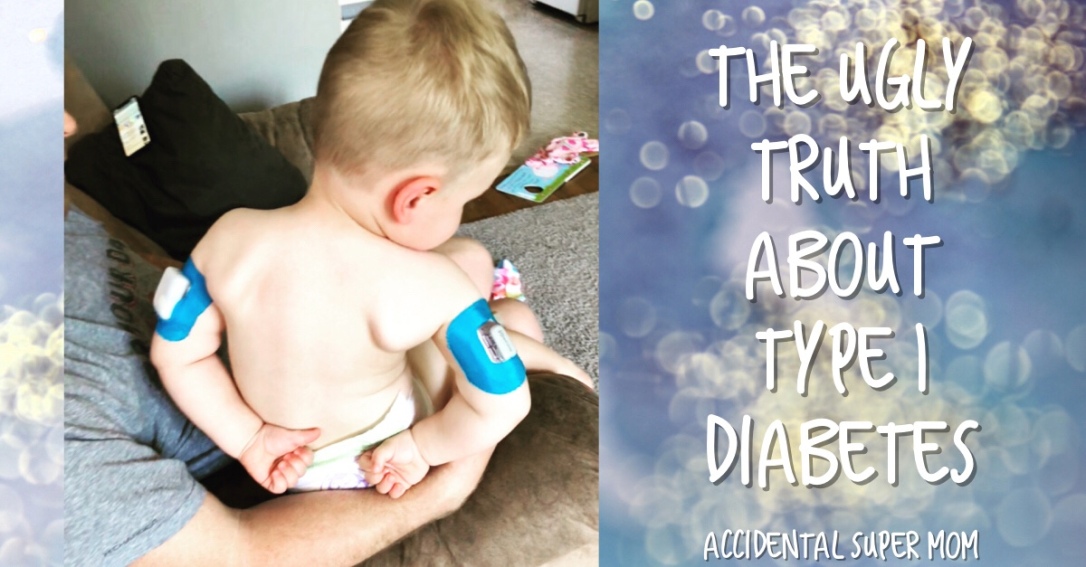 Usually when I write about type 1, I try to keep it on the positive side and even educational. Jacob brought it to my attention that sometimes I paint a prettier picture about our day to day than what it really looks like. I guess I never ever want Piet to think that this disease is a burden on us or that we can’t handle it, so I underplay the seriousness of our life.

So here it comes. The ugly truth about type 1 diabetes.

When Piet’s blood sugar is below 90 or above 250, Dexcom alerts us every 5 minutes, until he is back in range. Alarms go off at the store, in church, at family events, in the middle of the night. Before Dexcom, nothing alerted us. It was up to us to finger prick, and finger prick we did… 12-15 times daily.

The other night, Jacob and I were exhausted. Piet’s blood sugar was on the higher side, so I dosed him a modest amount of insulin, and we went to bed. What we didn’t realize was that his new pod was inserted into his muscle, rather than fat, and insulin was hitting harder and faster. That small amount of insulin PLUMMETED his blood sugar, and somehow we slept through the first couple alarms, which never happens. When we finally woke up, the Dexcom said LOW. It didn’t even give a number. We both ran upstairs, and I yelled to Jacob as we got there, “Is he breathing?” Yes, he was still breathing. Yes, he woke up and sucked down a full apple juice. Finger stick blood sugar was 52. I don’t think I’ll ever sleep peacefully again.

Piet has been sick a few times since diagnosis, and each time I make sure to have my hospital bags packed, because there is a real possibility we will need to be admitted. When he has a stomach bug, his blood sugar runs low, and I need to force feed him sugar, which probably only makes him feel worse. We pull back on insulin, but that’s a tricky game, because without insulin, he could develop ketones, which are very dangerous for diabetics. (Find out about ketones here 👉🏻 https://www.webmd.com/diabetes/qa/what-are-ketones) So I have to get a toddler, who has a belly ache, to eat or drink an unreal amount of sugar, to get his blood sugar high enough to dose insulin. If he refuses to eat. Hospital. If his blood sugar doesn’t come up. Hospital. If he develops ketones. Hospital.

On the flip side, when he has a cold, he runs very high, and insulin doses are more frequent. Sure, running high doesn’t SEEM as dangerous at first… except that long stretches of high numbers can also be cause for ketones. Now you know why you probably won’t see us from January-March, because the flu is our worst enemy.

Diabetes never sleeps, it never takes the day off. It gets in the way of everyday life and special occasions. Piet can drink juice boxes in his sleep and Skittles in the bath tub. He takes apple sauce breaks at the park. Sometimes he eats his dessert first.

And this is for sure. Every five minutes I will look at my phone to see what his number is. I never “forget” about diabetes. It is a constant tab open in my brain that never gets closed or refreshed. It is our life. We did not choose it. There is no end or remission. He will fight this devastating disease everyday of his life. And we will fight right beside him.

Welcome! I’m Erin De Boer, and hope you’ll enjoy following along as I document my wildly hilarious life as a mom of three. I’m also on a mommy mission to spread type 1 diabetes awareness, as my son was diagnosed right before turning 2. Thanks for visiting!